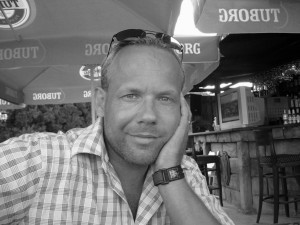 James Cooper believes in the power of a short story, especially when it comes to conveying the power of the genre — dark fiction — he writes in. At last count, he’s written 60 short stories for submission to magazines, published novellas and collections of short stories as well. I think, it would be safe to say James Cooper wields his words well in his short stories. James was kind enough to answer some questions for me about his work.

What would you do if you weren’t a writer?

Something creative. I’d love to have the skill set to be a renowned photographer or an artist. I admire the energy and passion of all creative people, and appreciate how difficult it is to make a living from pursuing a career in such a competitive market.

Why did you begin writing dark fiction?

I was a voracious reader as a child and began writing very young, first on a Silver Reed typewriter and then on an Amstrad word processor, my face illuminated by the sinister green glow from the screen. I was drawn to dark fiction simply because that was the kind of stuff I was reading at the time. King, Straub, Herbert, Barker, Campbell: they all played a significant part in my development as a writer and showed me how it should be done. Horror fiction was easily accessible back then, both good and bad; I’m a child of the boom years, before everything went bust…

Who are the authors that have influenced you as a writer?

The writers I’ve already mentioned, of course, but my education blossomed when I started reading outside the genre. Martin Amis, early Ian McEwan, Margaret Atwood, Joyce Carol Oates, Salman Rushdie. I discovered writers at university who were natural successors to Barker, Campbell and Straub, writers who also focused on language and craft and artistry, but whose narratives were more eclectic. For a time they led me in a different direction…

For anyone wanting an introduction to the genre, what books would you suggest they read?

A Warning to the Curious – M. R. James

In the Penal Colony – Franz Kafka

The Count of Eleven – Ramsey Campbell

You’ve written both short stories and full-length novels – do you prefer one over the other?

The short story seems the perfect weight for a horror tale. I’ve always thought this. Perfect for public readings or a late night spell in front of the fire with a decanter of single malt. Too many horror novels lose their potency by virtue of being overlong, padded with unnecessary clichés. A trusted editor/reader is essential.

For you, as a reader, what elements make an excellent dark fiction read?

An exploration of some fundamental truth about the human condition, which I guess is true of any good story. I prefer understated, ambiguous stories that allow me to consider the variables introduced by the writer during the course of the tale. I also lean towards spare, lean, pared-down prose that exerts a subtle pressure on the reader and blends the nuances of the language with the crises the characters confront. I also have to feel utterly involved in the drama and profoundly moved by the characters’ personal narrative.

What are the elements that define your writing? 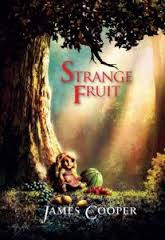 For me it’s all about the story, the characters and the language. These are the three key ingredients that constitute an effective story, each dependent on the other. I think my writing is defined by its desire to disclose to the reader something he/she hasn’t encountered before; I constantly look to tell the kind of tale I’d like to read myself.

When someone finishes the last page of a book or a story of yours, what do you hope they think/feel about your writing/work?

God, I wish I’d written that…

What is the most frustrating thing for you to deal with as a writer in this genre?

The lack of interest in horror fiction from many of the major publishing houses. I think there’s a slow movement back towards the genre, but it’s a reluctant one, in my experience, and shows a genuine failure to recognise the potential in the market.

Tell us about Strange Fruit and what’s next for you?

Strange Fruit is my new novella from PS Publishing. It’s a coming-of-age story about a young girl named Ellie who finds herself locked in a world of mean-spirited children and confusing adults. The only person she seems to relate to is the strange man in the park who offers her fruit…

I’m actually incredibly proud of this particular tale and feel a great affinity with the main character, Ellie. Her strength and independent spirit are her greatest assets, though she only comes to realise this as the story draws to a close. Should anyone reading this be unfamiliar with my work, I strongly suggest they start with Strange Fruit. Ellie has quite a story to tell… You can buy the book directly from the publisher. Next up will be my novel Dark Father, published by DarkFuse in June this year, and then my new collection from PS Publishing, entitled Human Pieces, in 2015.

Bio: JAMES COOPER is the author of the short story collections You Are The Fly and The Beautiful Red. His novella Terra Damnata was published by PS Publishing in 2011 and was shortlisted for a British Fantasy Award. His novella Strange Fruit and his novel Dark Father will both be published in 2014. Forthcoming is Country Dark, which will be published next year as part of the TTA Novella Series, and the short story collection Human Pieces from PS Publishing.

Verushka is a word nerd and a geek at heart. She's got a neverending list of books to read and she loves it! You can find her at @sydneyeditor1 as well.

This site uses Akismet to reduce spam. Learn how your comment data is processed.

If you’re new to my blog,  welcome to Top Ten Tuesday. It’s held over at That Artsy Reader Girl, where every week bloggers list…